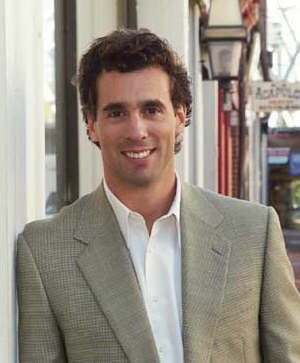 
At least for the short-term (meaning the next 2-3 quarters) I think the market will retain and maybe even build upon its gains. The Bush administration and the Federal Reserve are using every tool at their disposal to jump-start the economy and fuel the stock market. So far, they have been successful. The question remains how much longer their stimulus can prop up the market. My guess is that we will continue to enjoy this prosperity through Q3 of next year, when the presidential election begins to wind down. Then all bets are off. Therefore, for now, I remain slightly over-weighted in stocks.

The bull market in gold took a little breather in October as prices remained relatively stable. Prices traded between $370 and $390. That is just fine with me. Every advance needs to rest and consolidate. I expect this to be a long-term move, lasting years, before we see the peak in gold prices. It will be an important move if gold breaks above $400 an ounce. In the meantime, I use price weakness to add to my positions in gold stocks.

One of the key components of the current economic recovery is the dramatic increase in productivity. Non-farm productivity rose 8.1% in Q3 on an annualized basis, up from 7% in Q2. Not surprisingly, labor costs fell 4.1% in the quarter. Do you have an EZ-Pass device in your car? Do you buy movie, theater or concert tickets online? How about making airline, hotel and car rental reservations? You can sign up for, and have your guests buy from, a wedding registry online without ever having to visit a store. More and more businesses are using computer assisted design to draft contruction plans, the internet to track sales, and cheap overseas labor to build their products and service their customers. All of these are examples of increased productivity, and ultimately, decreased U.S. labor. In a desperate search to increase profits and cut expenses, productivity gains should only increase, further tightening the labor markets and pinching the wallets of workers as pay increases stagnate.

There have been continued signs of improvement recently on the labor front. Weekly jobless claims have been slowly dropping. For the past seven consecutive weeks, initial jobless claims have been below 400,000, which the experts claim to be good news. The four week moving average is now also under 400,000. Continuing unemployment claims are also dropping slightly. The general rate of unemployment dropped slightly to 6.0%. The majority of the new jobs being created are in the service sector, which are often lower paying positions. It remains to be seen if this economic recovery can create higher paying manufacturing jobs or rebuild the technology sector. We know for sure that we are already creating plenty of those jobs in China.

What does this all mean to you? It means that, in the short run, stockholders will benefit as companies cut costs and reap stronger earnings. This is the low hanging fruit. Eventually, revenue growth will have to drive future earnings growth, as there will be fewer costs to cut. It also means that those of you not employed in the service sector may have increasingly less job security.

All of this presents two pictures: one of a resurgent and growing economy, the other of massive private and governmental debt that will eventually have to be repaid. These massive debts will require a painful belt tightening that could lead to years of hardship when the bills come due.

I have a question for you. Imagine some generous person comes to you with the following offer: you can either take $2M in cash right now, or in one month, you can have the total generated by a penny that doubles in value every day for 30 days. Ok, who wants the $2M? And who wants the penny that will double every day for 30 days? Well, those of you who took the penny will be happy to know that it would be worth $5,368,709.12 after 30 days. Hard to believe isn’t it? That, my friends, is the power of compounding. In another powerful example, consider one investor who contributes $2,000 for 12 years beginning at age 21, while a second saves the same $2,000 per year for 40 years beginning at age 28. Assuming a 6% compounded annual rate of growth, at age 67, these two investors will have earned roughly the same amount, even though the first investor contributed $56,000 less. The moral of the story? The sooner you start to save, the greater your chance to achieve your financial goals. But the only way to do this is to have your investments generate a reliable stream of current income through dividends and interest. If you own a stock that pays no dividends, you must hope that the stock continues to appreciate. On the other hand, if that same stock returns your investment every year through the payment of dividends, you can then compound that income by reinvesting it into another investment. Keep in mind that about 5% of the historical return on stocks has been from dividends. The importance of dividends cannot be understated.

As you are all probably aware, the newest scandal to hit Wall Street involves mutual funds. I'm curious as to what affect, if any, this will have on your investment plan. My question is this: If you are presently a mutual fund investor, will the current scandal cause you to reduce or eliminate those investments? And if so, what will your alternative be? To respond, please click here and tell me what you plan on doing going forward. Next month, as always, I will share with you the results.

Last month I asked whether or not my readers had up-to-date wills. The good news is that 80% of your responded that you do, in fact, have your will in order. For those of you who still haven't done so, I strongly suggest that you call a good estate attorney and get this done before the end of the year. Make this your first New Year's resolution.

Share This Newsletter and Tell Me What You Think

If you find this newsletter to be informative and helpful, please consider sharing with me with the names and email addresses of some of your friends, business associates and family members so that they can benefit from my monthly insight. They will hopefully enjoy the analysis and possibly learn something. This distribution list will NEVER be sold or exchanged, and will never be used for telemarketing purposes. It will only be used for the distribution of this newsletter.

As always, I humbly thank you very much for your interest and feedback. I want to make this letter even more topical, informative and useful to my readers. I can only do that with your help. Please let me know what topics you would like me to cover in future issues. As always, if I can be of any assistance, please don't hesitate to call me at 914-741-6839 or 800-PHON-WAM.

After a slow start this fall, I have returned to the pool for a full training schedule. I have a local competition in two weeks, followed two weeks after that by the regional championships. That is always a fun meet. At the same time, with the first frost of the season this past weekend, thoughts naturally turn to skiing. My family is already making plans for Vermont and Colorado this winter.

On Monday, November 11, I appeared as a guest analyst on Your World with Neil Cavuto on the FoxNews channel. If you were unable to watch it live, I hope to have the video available on my website by the end of the month. My previous appearance on FoxNews is already on the site.

With Thanksgiving around the corner, I want to wish each of you health and happiness, along with a big, juicy turkey, in the company of your friends and family.

Please click here if you no longer wish to receive this newsletter.